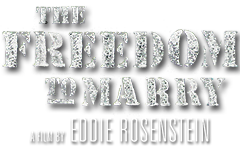 The Freedom to Marry is currently screening in theaters and festivals around the world. Get in touch for the most up-to-date information – and be sure to check out a list of screenings in your city. Don’t see one near you? Click here to see various ways to request a screening in your city.